Michelangelo Buonarroti was born in Florence, Italy, in 1475 and lived 89 years.

He was the best sculptor of the Italian Renaissance (cinquecento) and one of the most important in the Universal History of Art.

Although this genius felt himself a sculptor, he was also a poet, an architect , for example St. Peter’s Basilica in the Vatican, and a painter. Have you ever been at the Sistine Chapel? Oh yeah it is wonderful.

Michelangelo’s Moses is made of white marble from Carrara, and the sculpture is 235 cm high. It was made in 1515. It is the central figure in the tomb of Pope Julius II, at the church San Pietro in Víncoli, in Rome.

Its inspired in a biblic tale.

After spending forty days on Mount Sinai , prophet Moses returns bringing the Tablets of the Law also known as the Ten Commandments. God wants him to show them to the people of Israel, but they were busy worshiping the Golden Calf, a fasle idol.

The artist captures the moment when Moisés turns his head left prepared to get up, furious after seen the infidelity of his people.

His right arm rests on the Tablets of the Law but his fingers grip his long beards.

However the left leg is behind to make the effort to get up.

The left arm muscles are tense and his hand rests on the abdomen with swollen veins.

On the other hand the legend says that, when michelangelo finished his sculpture, looking at perfect Moses, the artist asked him «Why don’t you talk to me?»

MICHELANGELO called these kinds of sculptures «La terribilitá» «The terrible» because the ire is movement in power, the muscles are in tension, but there isn´t movement in action.

Indeed, Moses is sitting down and still but with a little imagination we can see that after a second he will get up choleric.

He will break the stone Tablets with the God Commandments, will burn the golden calf to ashes, and he will force the people of Israel to drink water mixed with those ashes.

And after that he will say angered «Whoever believe in Yave must come with me take you sword, and kill any neighbour, friend or brother that doesn´t follows Yave».

This colossus is angry!.

Once the pandemic is over, please consider going to Rome and enjoy this fabulous piece of art.

I have told this text in class in front of my classmates. I am an English student at the Official Language School of Donostia and I am at level B1. 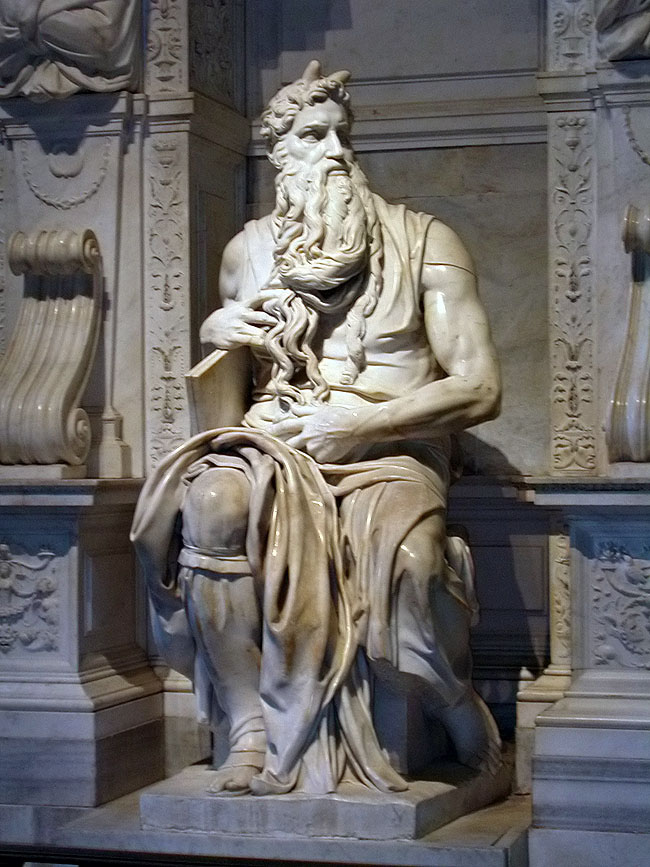 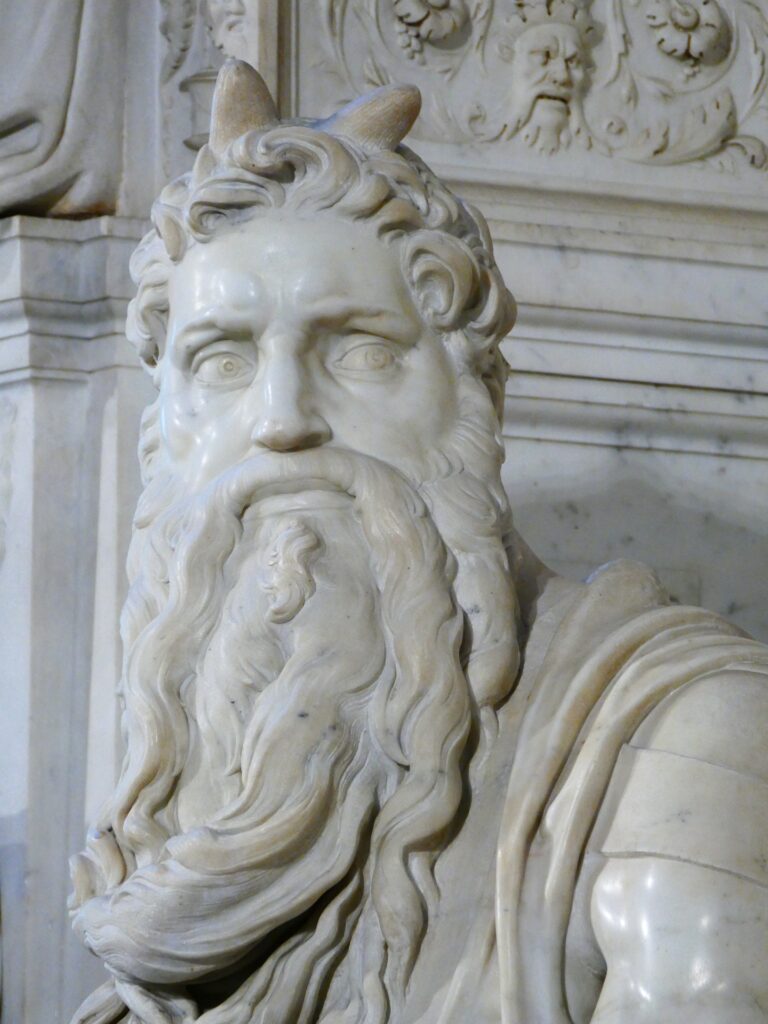